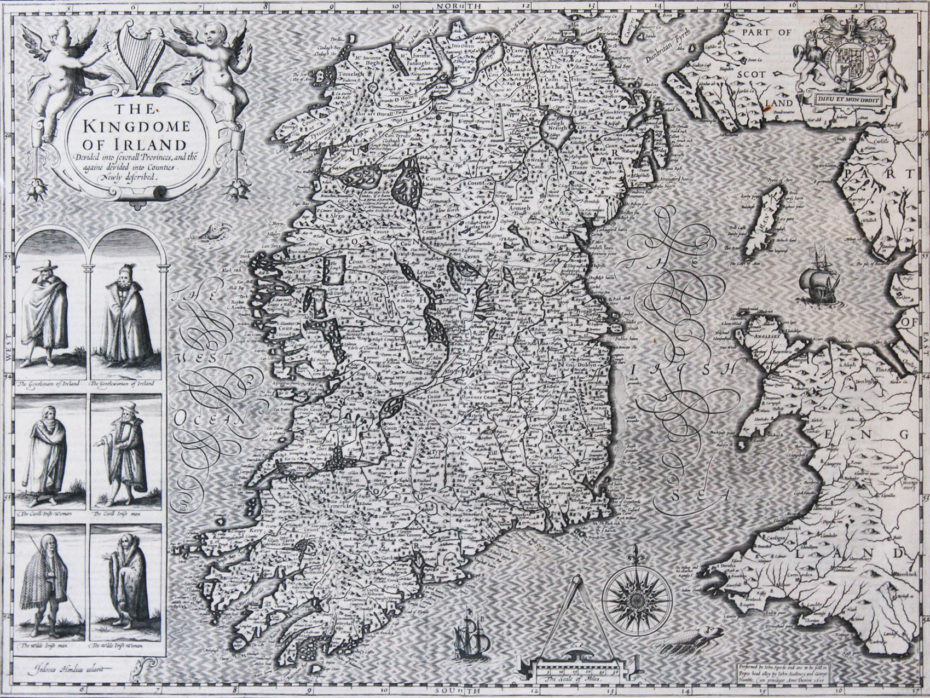 “The Kingdome of Ireland” … 1616/17 by John Speed (1542 – 1629).  Uncoloured. 15” x 20” (37 cm x 50 cm). This map is the rare Latin edition and is in fabulous condition. It has been mounted and framed using museum quality conservation materials. Speed is recognized as the finest cartographer these islands every produced.  Cambridge University Library describes his “Theatre of the Empire of Great Britaine” (1611/1612) “as one of the world’s great cartographic treasures. His town plans were a major innovation and probably his greatest contribution to British cartography. Together, they formed the first printed collection of town plans of the British Isles and, for at least 50 of the 73 included in the Theatre, it was the first time these towns had been mapped. The Theatre was an immediate success: the first print run of around 500 copies must have sold quickly because many editions followed and, by the time of the 1627 edition, the atlas cost 40 shillings. It was a supreme achievement in British cartography. It made John Speed into one of the most famous of all our map-makers and became the blueprint for folio atlases until the mid-18th century.” Ref. Map 959