Marsha’s immense talent was spotted early and in 1967 she was awarded a scholarship to study art at the North Carolina Governor’s School. She then studied Fine Art (1968 – 1971) at Virginia Commonwealth University.

She was awarded the Outstanding Achievement Award for Visual Artists of 1992 by the Temple Emanuel and was commissioned by a Florida ballet company to create art for inclusion in their collection. Her paintings have been selected by musicians and performing centres to appear on program covers and as cover art for music.  She has had countless prestigious solo exhibitions, and her work appears in many corporate and private collections.

Marsha Hammel has lived in Panama, Italy, Germany and Canada. She has travelled the United States extensively spending time in the West and North-East as well as in the Sunbelt cities of Richmond and New Orleans and since 1980 has based herself in the Southern part of the United States.

Marsha Hammel’s women have been described as “romantic but not idealised, beautiful but not pampered, private but accessible, strong, confident, and independent” by an enthusiastic reviewer.

With a strong market for her original paintings, pen and ink drawings and fine art prints, Marsha Hammel is one of the best known and most successful artists of atmospheric music scenes and general Hispanic life in the world. 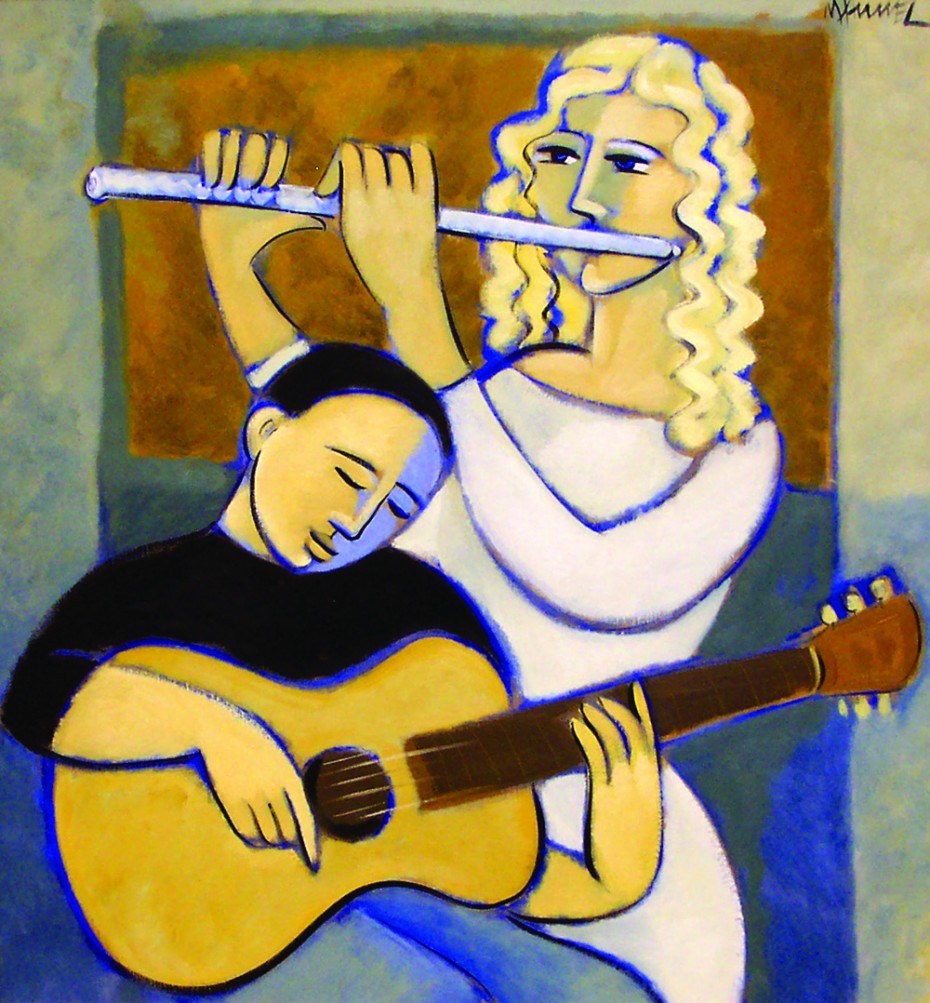