George studied art at the University of Ulster , graduated in 1994 and then took a year off to recover by travelling across the world. He first came to public attention while still at college; he designed the album covers for the Irish Rock group Therapy. In recent years, George’s work has been critically acclaimed and he has had considerable commercial success.

George’s influences include his father, himself a talented watercolorist, the European surrealists of the 30’s and 40’s, the music of the Doors, the Scottish realists of the 80’s and being in Salvador Dali’s studio. A sense of place is very important to him and despite having traveled extensively his home space of Ardglass, Co Down comes high on his list of significant influences.

George had an idyllic childhood enjoying long summer holidays on the beach at his beloved Tyrella Beach ; this location is now the setting for many of his paintings. Beaches, lighthouses, life belts, shells, bright summer skies and golf courses appear often in his work. He combines these elements in an often surreal and narrative manner, always open to personal interpretation. His wonderfully imaginative sense of composition combined with his precise brushwork and limited palette makes George’s unmistakable work visually stunning and thought provoking. 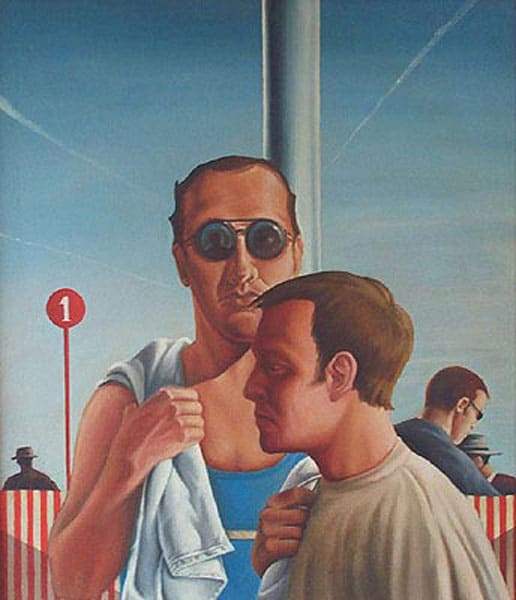 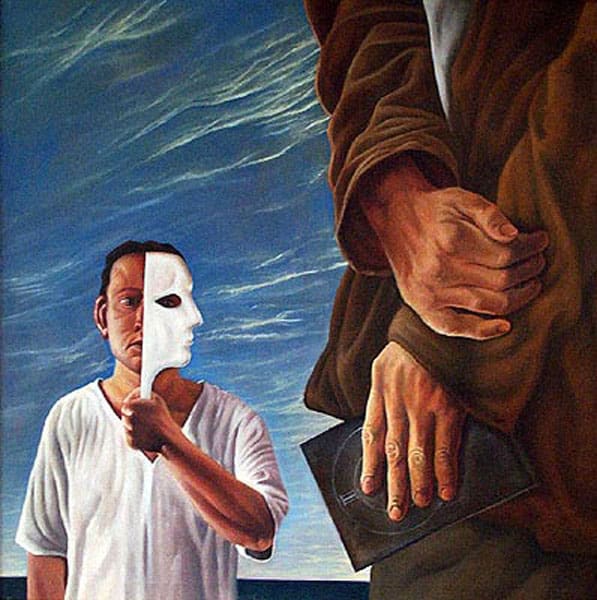 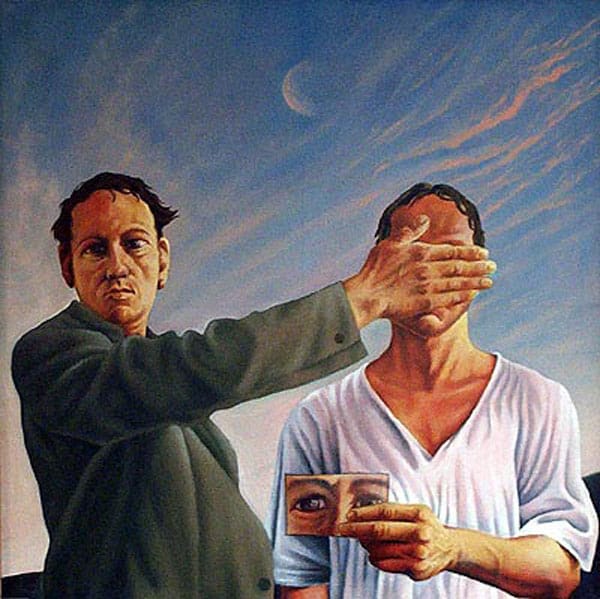