Martin is self taught and  his naive style pays homage to Irish Figurists such as Markey Robinson and Gladys Maccabe.  His images are deceptive in that their apparently simple construction belies complex underpinning and arduous advance planning. His themes reflect his love of the land and his appreciation of the “craic” traditionally associated with local hostelries.

His work has been seen on the arts programme of Radio Telefis Eireann (Ireland’s State Broadcaster) and on a Sky hosted UK shopping channel. He was the sole Ulster artist represented at The Irish Show in Omaha, Nebraska in 2004.

His prints and cards sell to 15 countries on 5 continents. 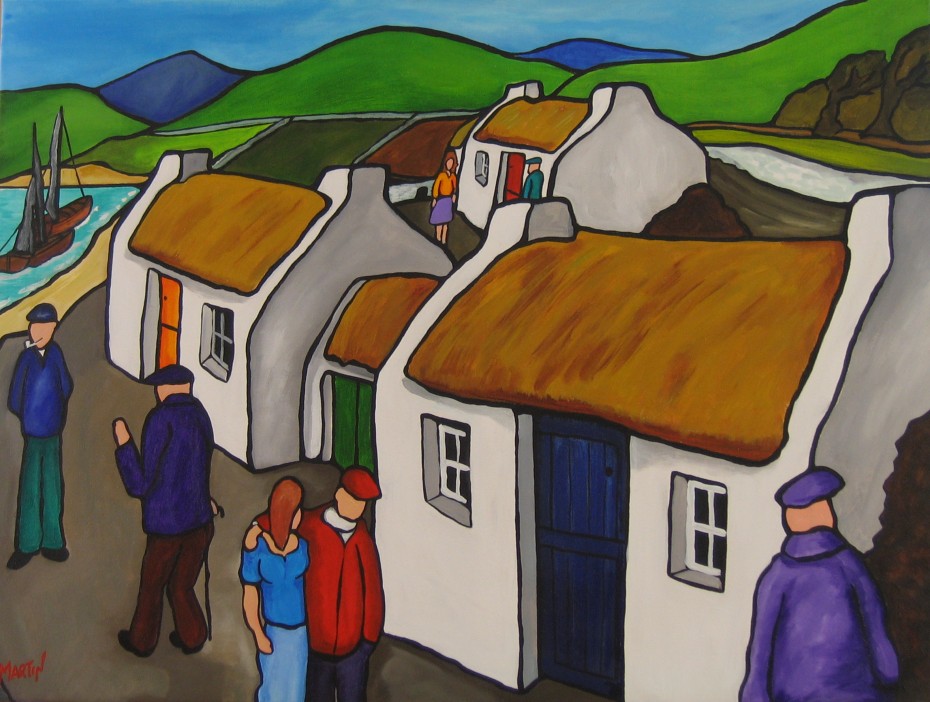 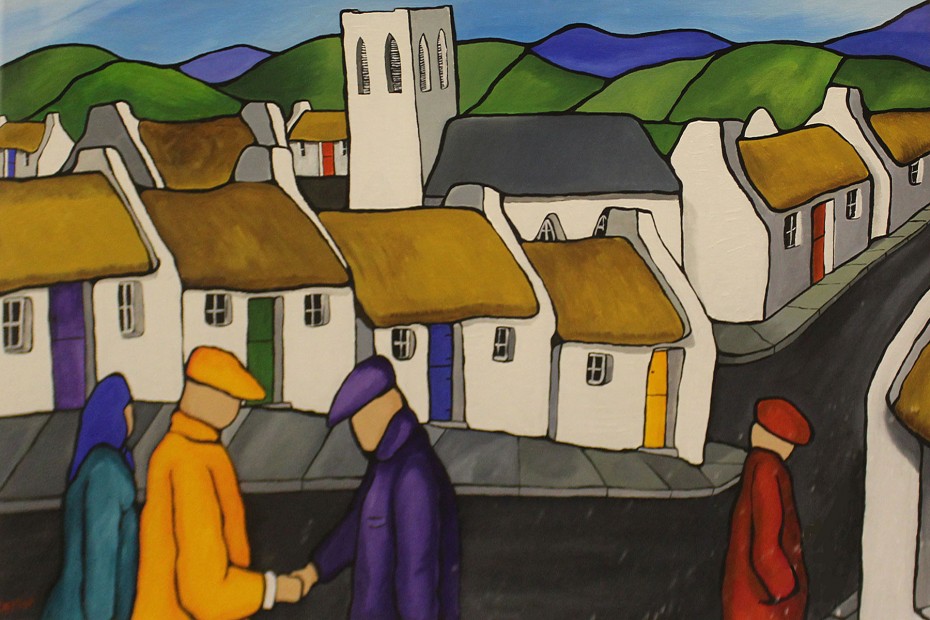 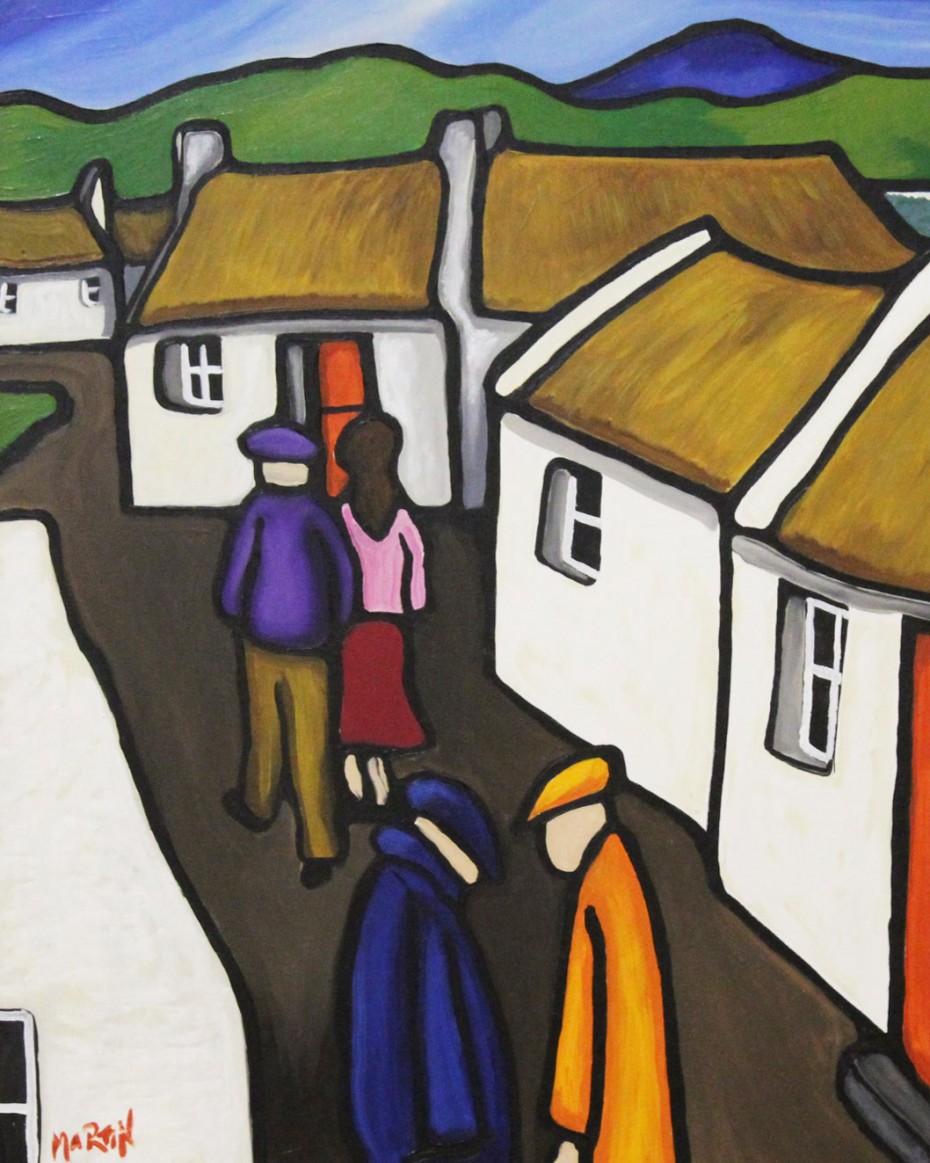 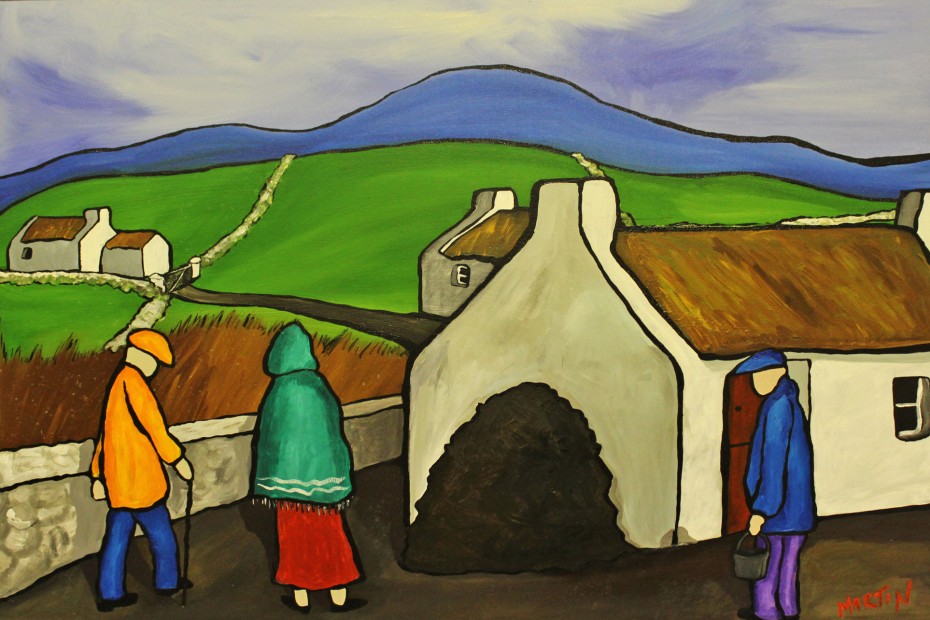 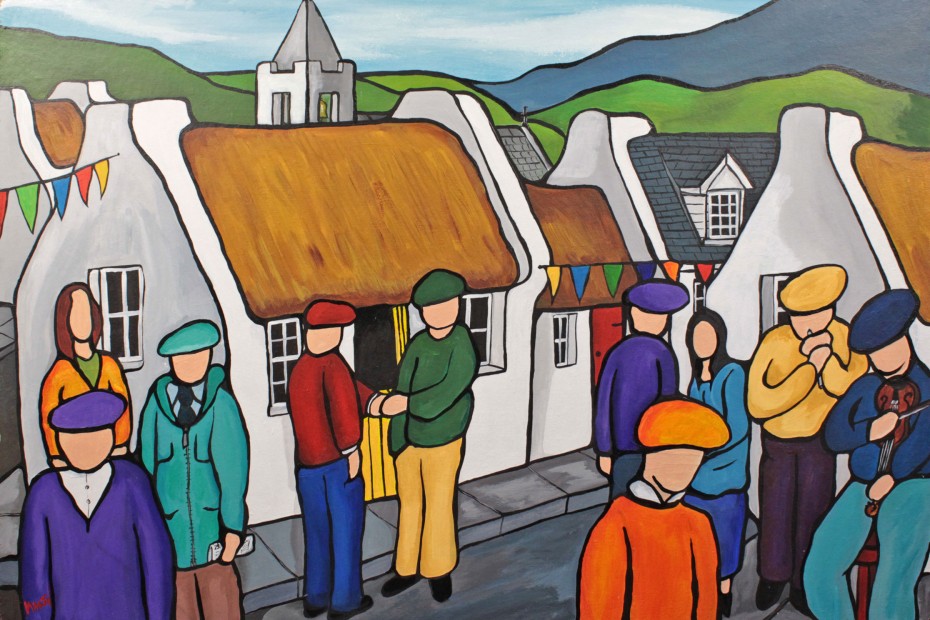