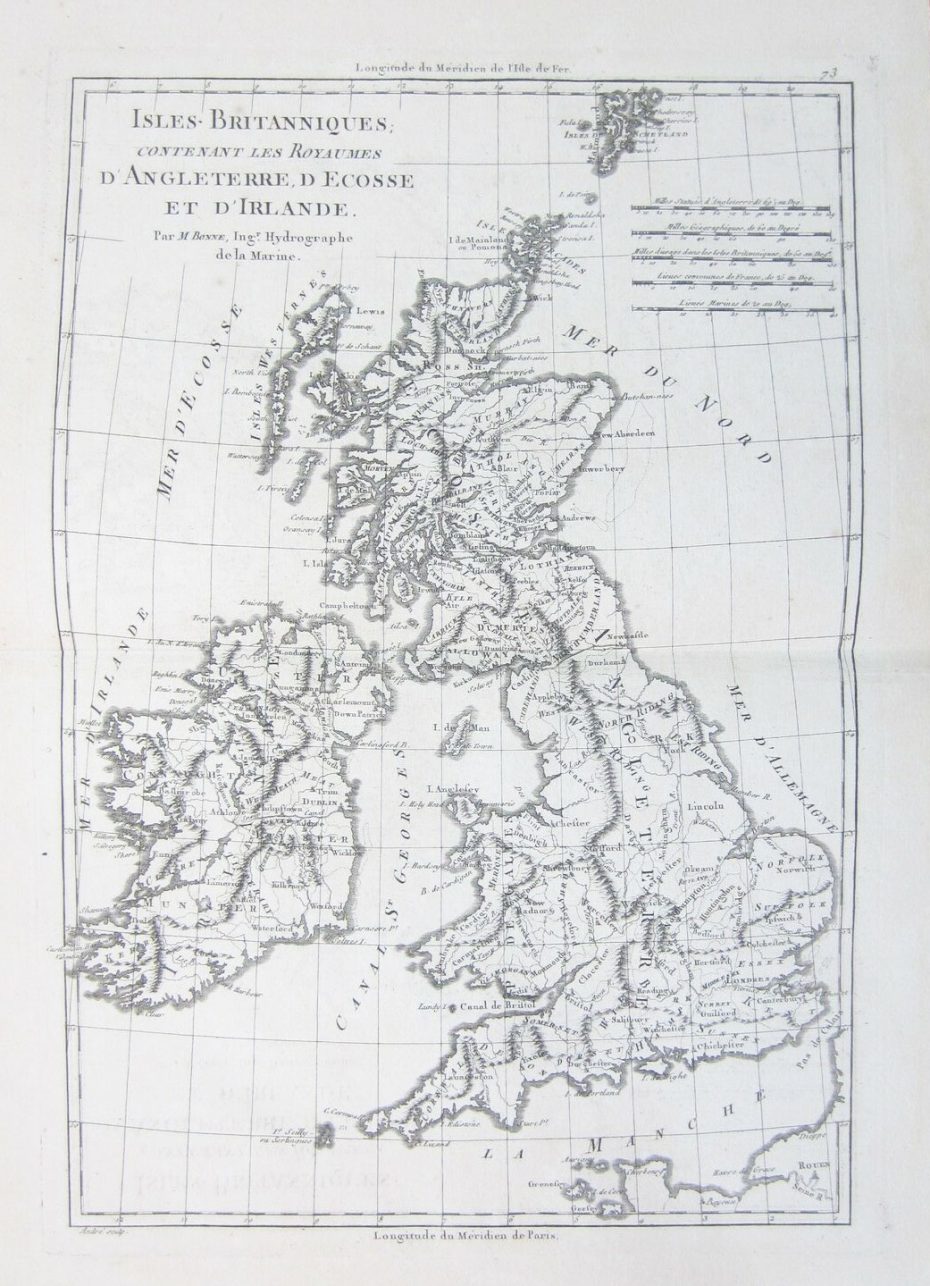 “Isles Britanniques” …1787… Charles Marie Rigobert Bonne (1727-1795) and Nicolas Desmarest (1725-1815)…13” x 9” (32 cm x 22 cm). From “Atlas Encyclopedique” published in Paris in 1787. Bonne, a French cartographe, became in 1773 Royal Hydrographer at the Depot de la Marine where he compiled some of the most detailed and accurate maps of his time. He published many charts for the Depot, including some for the Atlas Maritime of 176 but is best known for his work on the maps of the “Atlas Encyclopedique” (1788) which he did with Nicholas Desmarest. He also made the maps for the Abbe Raynals’ famous “Atlas de Toutes Les Parties Connues du Globe Terrestre” (1780). In contrast to the elaborate decorations of 17th century maps  Bonne’s work was simple, unadorned, and practical. This aesthetic shift, and the detail and precision of his geography, make him an important figure in mapping history.  Desmarest was a French geologist and contributor to “Encyclopédie ou Dictionnaire raisonné des sciences, des artes et des métiers”, in particular the multi-volume “Géographie-physique.”  This map has been mounted to museum standards. Ref. Map 1188