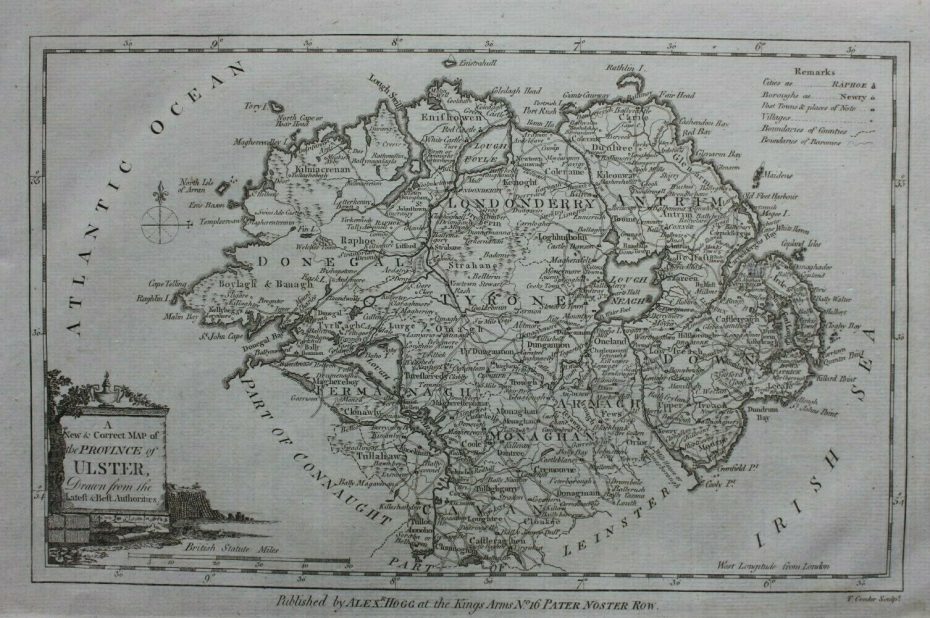 “Ulster”… 1786…Thomas Conder (1747 – 1831 ) … 8” x 12” (20 cm x 30 cm)… uncoloured.. from “The Antiquities of England and Wales”, by Henry Boswell, published by Alex Hogg, London, 1786. Conder was an English map engraver and bookseller active in London during the late 17th and early 18th centuries. From his shop at 30 Bucklersbury, London, he produced a large body of maps and charts, often in conjunction with other publishers of his day, including Wilkinson, Moore, Kitchin and Walpole. Few biographical facts regarding Conder’s life have survived. He was succeeded by his son Josiah who, despite being severely blinded by smallpox, followed in his father’s footsteps as a bookseller and author. This map has been mounted to museum standards. Ref. Map 1173