James MacIntyre was born in Coleraine (1926 – 2015) and from 1946 onwards he was a self-taught artist. James regularly exhibited in the 55a Gallery, Belfast along with George Campbell and Gerard Dillon. In 1955 he won a travel scholarship and so lived in London and Paris for several years working as an illustrator.

Over several years in Belfast, MacIntyre’s work has been in many solo exhibitions such as in the Arts Council Gallery, the Bell Gallery and the Dublin Painters Gallery. At the 375th anniversary of the Old Bushmills whiskey distillery, James was commissioned to produce more than 60 oil paintings. As a result of this publicity, it was not only his style of painting which became very well known, collectors were particularly attracted to his bronze sculptures as well. 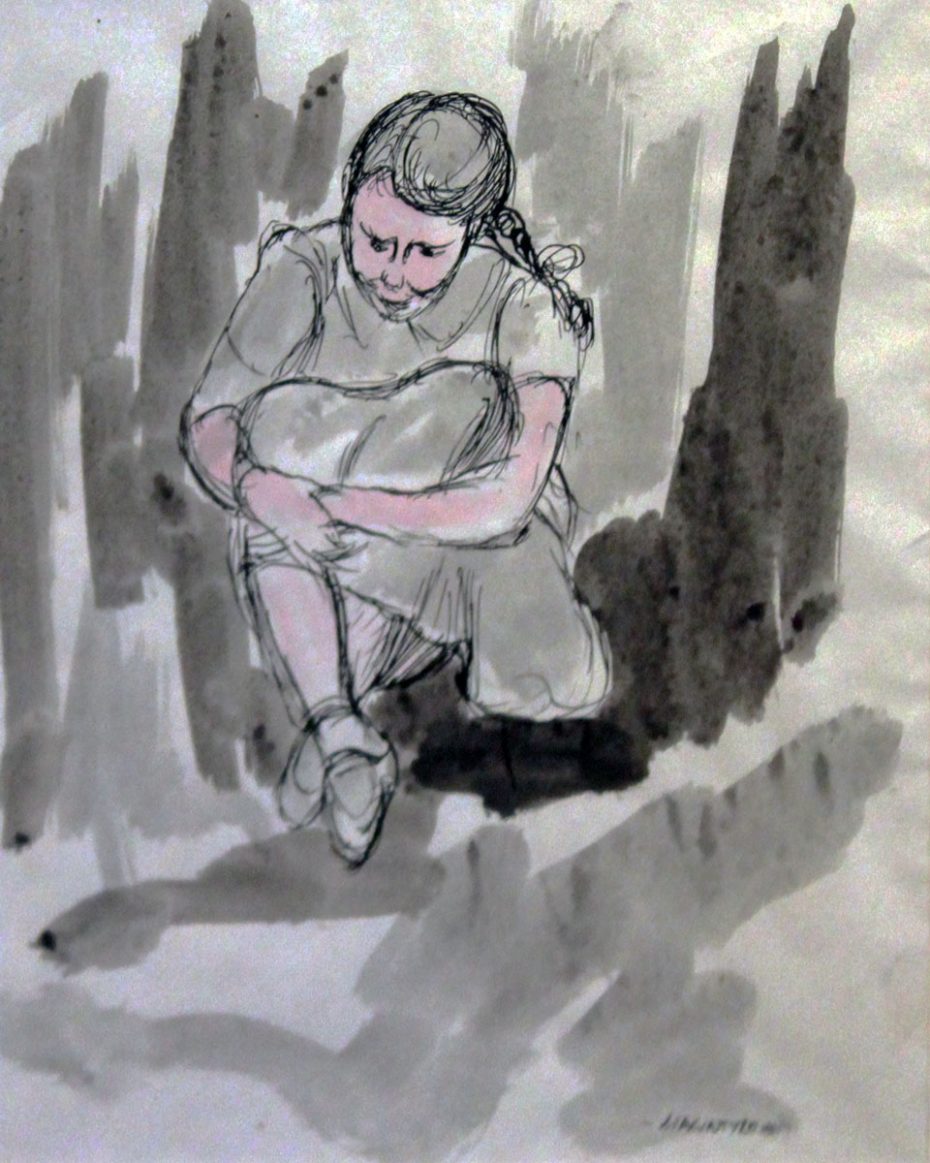