Although, Leigh studied art at Tynemouth College of Arts and Technology in the North East of England and at Mid Warwickshire College in Leamington-Spa, these were both for brief periods and he left with no formal art qualifications choosing instead to learn via trial and error.

Lambert relocated to Warwickshire with his family in 1996, where he focused on the development of his technique. It was on leaving Newcastle that he began to appreciate the nature of his upbringing. What he had once seen as a concrete jungle now seemed strangely beautiful. Taking inspiration from his childhood, Lambert’s pieces have a strong sense of nostalgia, evoking fond memories of a youth that many can relate to.

Leigh is an accomplished artist across a range of media, most commonly working in oils on board. His use of colour is minimal, optimistically applying splashes only to the figures that play amidst the otherwise monochromatic landscapes, capturing the joy and vitality of youth.

Working from his garden studio, the artist has achieved great success in recent years. In 2014 he was shortlisted as “Best Up and Coming Artist” in the prestigious Fine Art Trade Guild Awards, and consequently his works are hugely sought after. Limited editions often sell out within weeks, and waiting lists are in place for those hoping to acquire original paintings.

The streets we see in his works are the streets he played in as a child. He often paints the Gateshead terrace owned by his mum’s dad and the East Newcastle house that belonged to his father’s dad. This was built for the local workers of the armaments factory.

Part of Lambert piece’s appeal is their ability to take us to a simpler time of days gone by. His brightly coloured characters bring the bleak adult landscapes to life, with humour and sheer childlike joy. 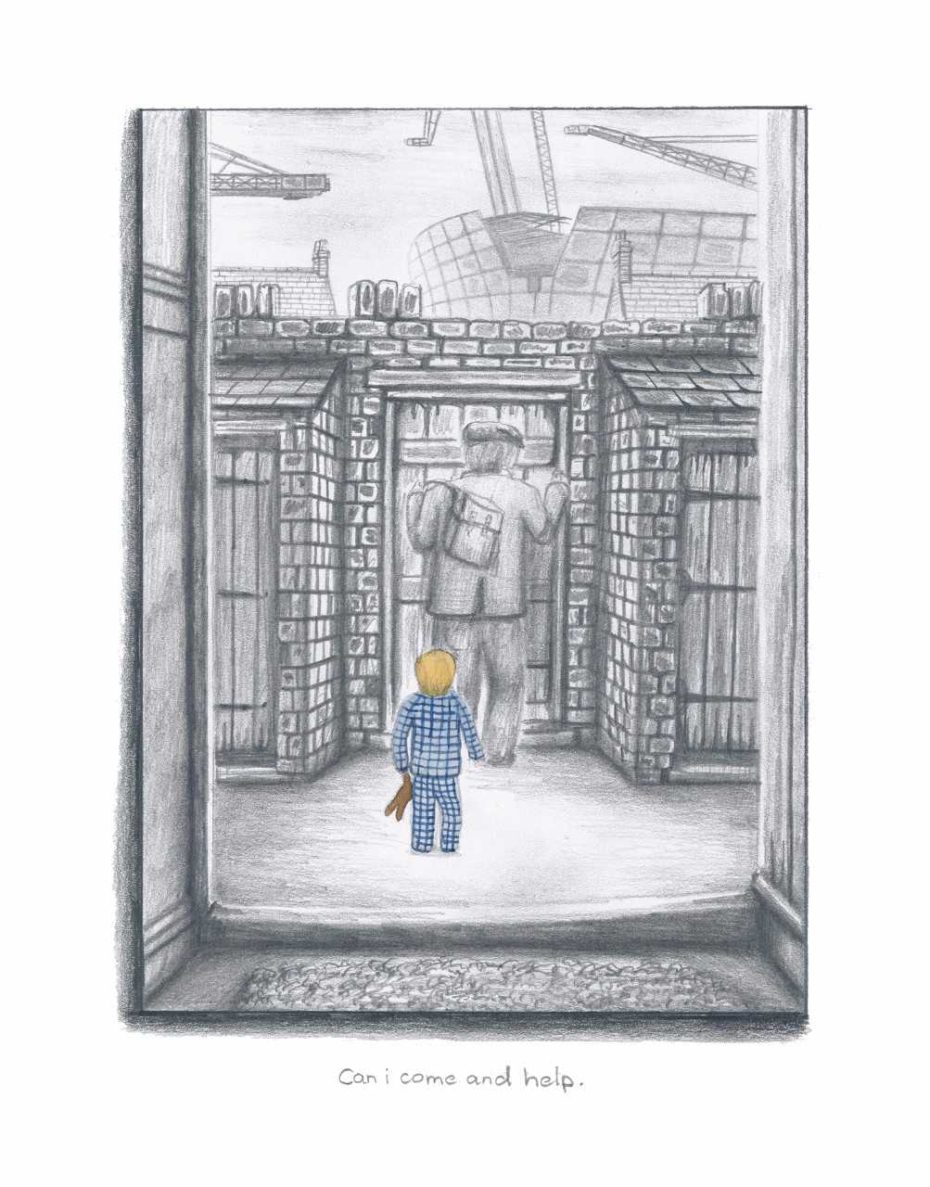