J W trained as an illustrator with Marcus Ward & Co., publishers. When this firm failed in 1899, he set up a business with his brother John Carey and Ernest Hanford at 142 Royal Avenue, Belfast, where they were joined later by Richard Thomson (brother of the noted illustrator Hugh Thomson, who had trained at Marcus Ward with Carey). Their firm specialised in high quality illuminated addresses, presentation albums, and book plates.

Carey was one of the founding members of the Belfast Ramblers Sketching Club. In 1893, he showed his first work at the Watercolour Society of Ireland exhibition and ended up contributing a total of seventy pictures there over the years.

One of the highlights of Carey’s career was in 1903 when he completed a series of thirteen scenes of Belfast history. They were painted on canvas and exhibited at the Royal Hibernian Academy from 1915-1935. 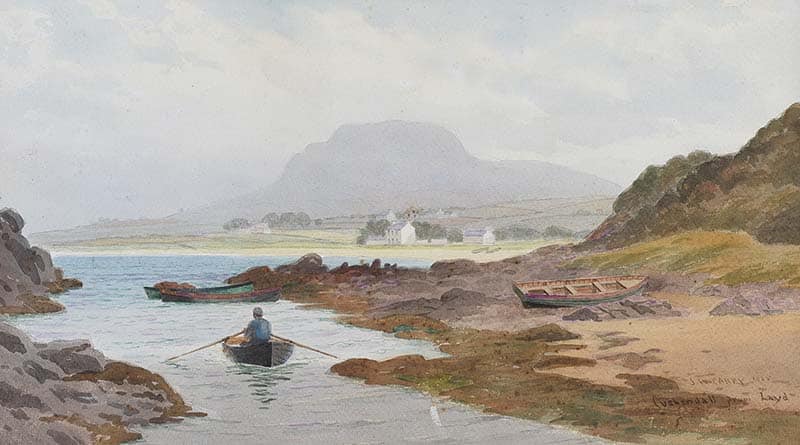 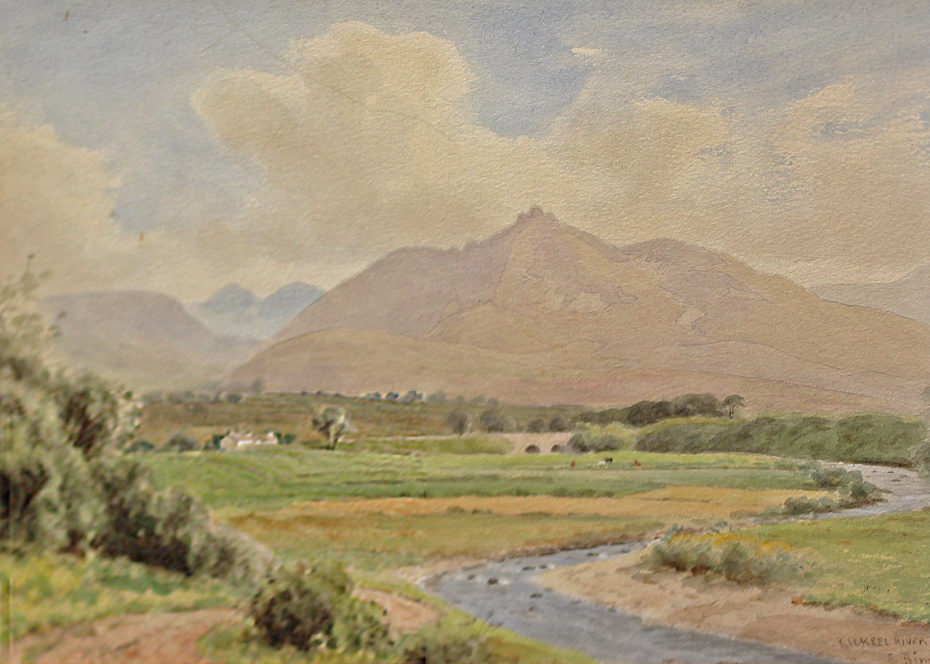 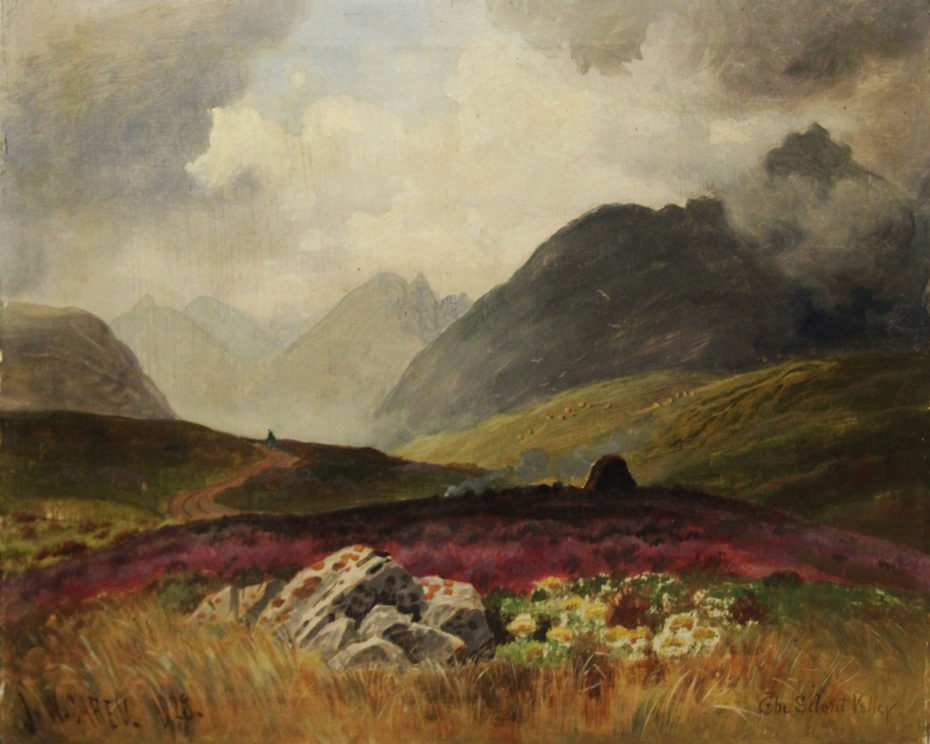