The son of a painter and decorator, McKelvey attended the Belfast School of Art and won the “Sir Charles Brett” prize and the”Fitzpatrick” prize for figure drawing there in 1912 and a bronze medal in the Taylor Art competition in 1917. …

By 1918 his work was exhibited at the Royal Hibernian Academy and in 1921 he was elected a member of the Belfast Art Society.

McKelvey was appointed an associate of the RHA in 1923, being granted full membership in 1930.

In the early stages of his career, Frank was commissioned by Thomas McGowan to produce pictures of Old Belfast. Once he had completed the task, the pictures were later shown in 1930 in the Ulster Museum. This gained Frank huge recognition and from 1918 to 1973, he showed pictures in the Royal Hibernian Academy without missing a year.

In 1936, Dutch citizens in Ireland as a gift for Princess Juliana purchased a few of his landscapes.

S.B Kennedy wrote a book called, ‘Frank McKelvey, RHA RUA, 1993’ and in it he wrote, ‘In essence he was a Romantic; yet in the inter-war years in particular, with his contemporaries amongst the landscapists, he helped to forge a new and distinct way of representing the Irish scene which is the nearest approximation we have to a distinct Irish school of painting. He had a sharp eye and could, with apparent ease, penetrate the essentials of his subject and set it down with a matching exactitude.’

During his career McKelvey was considered on a par with Paul Henry and James Humbert Craig, two of the most successful Irish landscape painters of the time. He was elected as one of the first academicians of the Ulster Academy of Arts when it was founded in 1930. 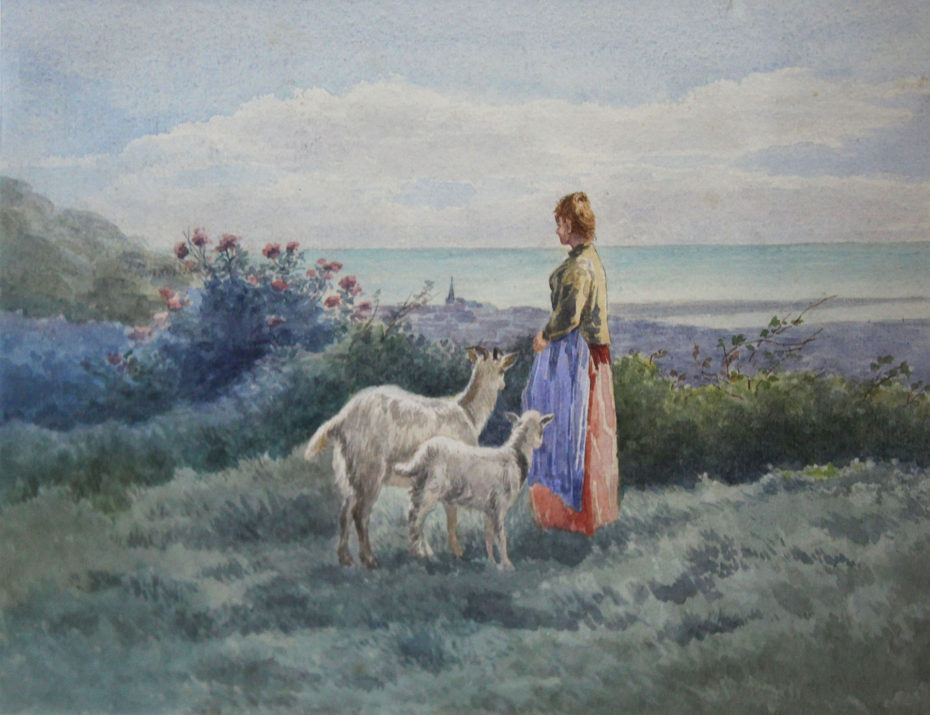