Grineau specialised in illustrating Formula 1 Races for his employer “The Motor” magazine.

He volunteered in 1914, aged 29, and served in the First and Second World Wars. He was a war artist producing war effort publicity material, posters and illustrations.

His chosen medium was pen and ink with charcoal and white gouache. 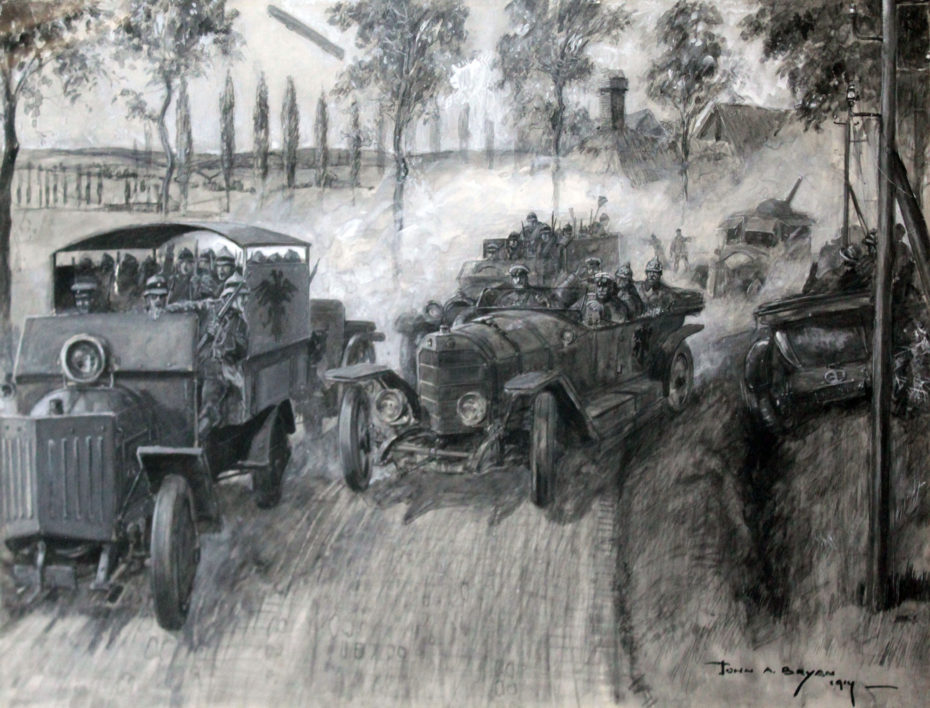